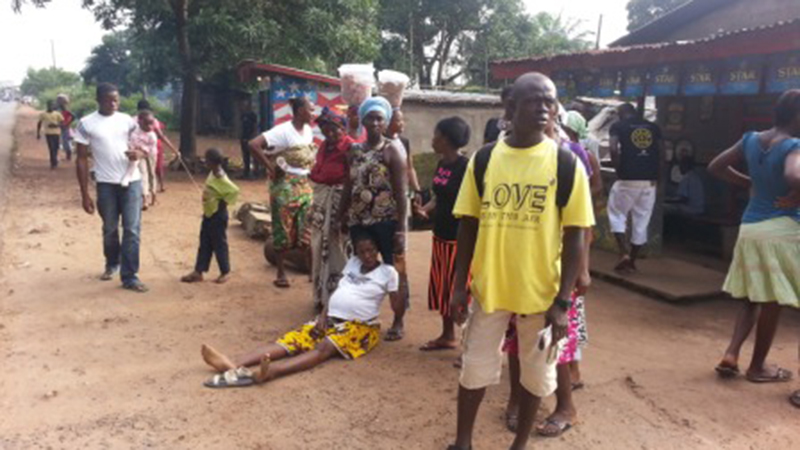 Staff and local community suffer as Ebola continues to spread

Waterloo Adventist Hospital employees are continuing to endure life in the hospital during the quarantine that went into effect on Aug. 25.

The quarantine was initiated shortly after the hospital was exposed to a patient confirmed to have Ebola Virus Disease (EVD). Military officers were then deployed to Waterloo to ensure that those in quarantine stay within the hospital. Their role serves also as a blockade to those who are desperately in search of medical assistance. Desperation to the point that they try to be treated in confirmed EVD hospitals.

The quarantine has been extended even further due to three new staff cases, with two of the three staff having passed away. Throughout this ordeal, the employees of Waterloo remain strong and have shown true courage by their spirits and willingness to learn more about Ebola prevention. Each day they face the possibility that they may show symptoms of contracting the deadly disease from previous exposure to either the initial patient or to their fellow employees who have already contracted the disease. Now, it is merely a time to wait and pray.

The daily routine for these 44 staff members in quarantine is truly inspiring. They hold worship two times a day while also working to learn more training procedures on how to cope with EVD. This training is underway in hopes that they can better deal with this ongoing issue that is spreading throughout the country. According to the CDC, as of Aug. 31, Sierra Leone had 1216 suspected and confirmed cases, 476 suspected and confirmed deaths and 1107 laboratory confirmed cases.

Adventist Health International (AHI) is persistent in looking for resources and ways to aid this struggling hospital. The ultimate question being asked now is, will the hospital be reopened when the quarantine has been resolved or is it too dangerous?

According to Joseph Fobbie, business manager at Waterloo, the personnel are willing to work if they have the full protection and training needed to deal with this virus. It is simply a matter of supplying the equipment for medical needs and educating the staff and public on how to reduce the risk of exposure. With the proper training, the hospital could continue to help those in the community where most other hospitals have already closed.