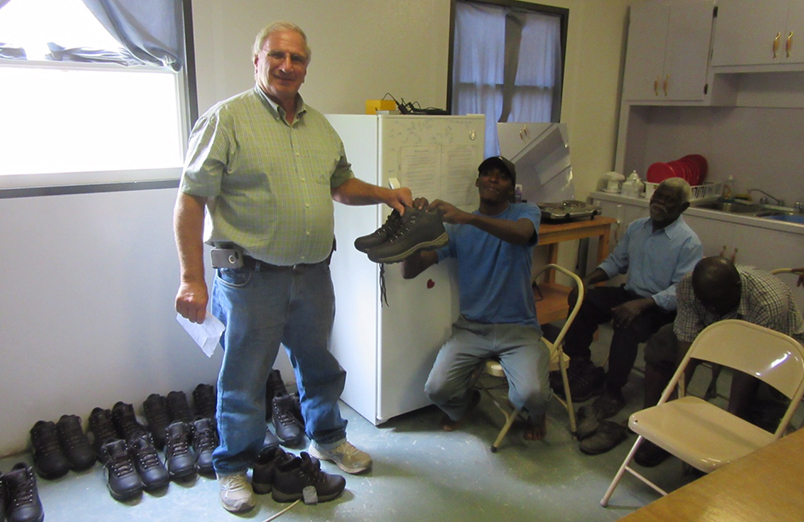 Here in the U.S. shoes are something we take for granted. Being barefoot is one of the simplicities of life. We run through a field of grass or relish the feeling of sinking our toes into the sand while standing next to the ocean, but at the end of this moment, we can usually find a pair of shoes to place our overly tender feet into.

This feeling of footloose and fancy-free is not the case in many countries. One example of this is the Republic of Haiti. In certain areas of Haiti there are construction workers that scarcely have shoes to wear and they can be found doing manual labor either barefoot or in torn flip-flops. At the Adventist Health International site, Haiti Adventist Hospital, one man took notice of this situation and decided to help.

Dan Brown is currently working in Haiti as the construction coordinator of work that is going on at the hospital. Dan has been working with this site for several months now and has been doing so while traveling back and forth between Haiti and his home in Maine.

One day as he was working with the Haitian crew on site, he came to the realization that many of the men were wearing either flip-flops or sneakers that had long since lost their toes or soles. This might not seem too serious but when you consider the type of work that these men are doing, it is a legitimate danger to their personal wellbeing. These workers focus on maintenance and ground jobs, which expose them to many dangerous and harsh environments to be working in practically barefoot.

“As I struggled with what I was seeing, I came to the conclusion that I was going to buy them all new shoes,” Dan said. “I asked my interpreter if I would offend the work crew if I brought the issue up with them and he told me that the offer of new shoes would be well received.”

The interpreter could not have been more accurate. Dan began by asking the men whether they would rather be wearing sneakers or sturdy 6-inch work boots and when they all answered the boots, he informed them that he was going to buy them each a new pair.

“The overwhelming response I received from all the crew brought tears to my eyes,” Dan said. “It still does!”

There was only one problem. Dan did not know how he was actually going to be able to buy these promised shoes to his men. The long trip home however, gave him adequate time to scheme and come up with a plan. He would ask his home church, Woodstock Seventh-day Adventist Church in Woodstock, Maine for help.

“Sabbath morning I asked for a little time to make a small mission appeal, the topic ‘Shoes for Haiti,’ Dan said. “I made the same appeal the next Sabbath and two weeks later nearly $700.00 had been received and the shoes are now purchased.”

This contribution from a small hometown church has been able to make a world of difference to the men working at Haiti Adventist Hospital. There are needs in the world and there are people who can make the decision to help satisfy these needs. 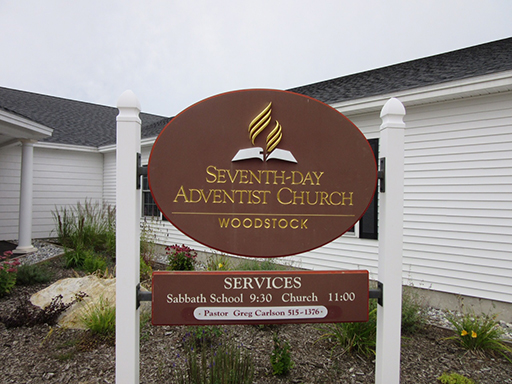 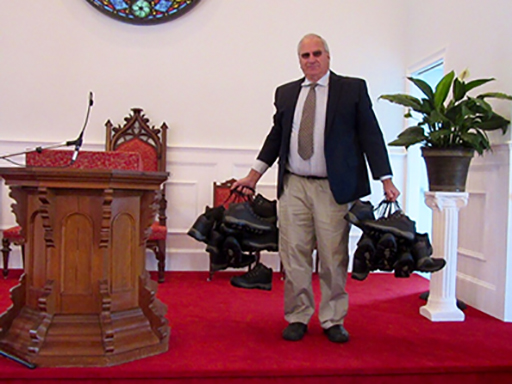